Looking back, 2018 was a good year as it featured many highs along the way. Just short of a year ago me and Ana moved into our first home, both bought new cars and also got engaged in April. Looking further on, we both started new jobs and I got promoted in a short space of time too. But 2018 was also a year of reflection as my Granddad passed away in the summer, and it was also a year since Ana’s dad passed in October so it wasn’t without its hardships. If anything, 2018 taught me that no matter what, family comes first.

From a beer perspective, however, 2018 was overwhelmingly positive. Having only started in April, both the blog and Twitter accounts have flourished with plenty of contacts made and new people met. Whilst it may get somewhat of a bashing, the craft community really does show the positives that social media can add to society. So before we get started in earnest, here’s to you guys; the people who either read the blog, have a natter with me on Twitter or who I have spoken with before in person. Long may it continue too.

Call it cliched, maybe even predictable, but I didn’t think it would be right not giving out a few honourable mentions from my experiences over the last few months. Naturally I can’t hope to mention everyone, or everything I have done, but there have been some standouts for me which I hope you will enjoy reading.

Beer of the Year

Choosing an overall winner/favourite from the 374 unique beers I had in 2018 was tough. Very tough in fact as I tried so many fantastic beers throughout the year. Looking back over my highest rated brews there was the TIPA Citra and Chubbles from Cloudwater, Damage Plan from Marble and Fruit, Car, Sight, Exhibition from Verdant but to name a few. I get excited just thinking about them all and hope they are released again in the near future. But, there was one beer that stood out for me. One that made me go back to try it again a few days later as I couldn’t stop talking about it; Pump up the Jam by Tiny Rebel.

Now it wasn’t my highest rated beer of 2018 but as soon as I tried it, I instantly fell in love with it. I immediately scoured Untappd and other sources to see if it was available in can but much to my dismay it was a keg/cask beer only. Imagine my delight when this was launched in cans late on in 2018! I have six of the beauties sat waiting for me to sup (thanks to Ana) as and when the time is right and I couldn’t be happier. I hope, and have no doubt, that this will taste just as good as it did the first and second time around! Cheers, Tiny Rebel.

Food of the Year

This follows on quite nicely from Beer of the Year actually as the first time I tried Pump up the Jam was at this very place. My travels to Cornwall are very well documented, and my love for it isn’t a secret. Our holiday there is already booked this year, as is our wedding in 2020, you could say we’re slightly addicted. But last year we stumbled upon a place which was like heaven; a veritable oasis of craft beer and dirty/fried food. Beer & Bird in St Ives has quickly become a haven of ours having visited numerous times on our two trips down south last year.

Between us we ate some of the nicest food we had eaten in a long while and would highly recommend anyone pay them a visit. From enormous chicken burgers, to stacked onion rings and dirty fries you’re practically spoiled for choice. All this accompanied by a great selection of craft beers both on tap and in can, you really cannot go wrong. Needless to say we’re already looking forward to stopping by this year…

Brewery of the Year

Keeping up the nice continuation, I move on to another one of my great loves from Cornwall. A brewery who take me back to my second home each time I open one of their beers. A brewery who are yet to let me down (I don’t think that will ever happen). I am, of course, talking about the guys at Verdant down in Falmouth. Anyone who follows the blog or the Twitter page will know these guys are my go to brewery, a benchmark of quality as it were. If anyone are to get likened to them, then you know you’re onto a winner!

Having just run a very successful crowd-funding campaign, Verdant have their sights set on a bigger and brighter future and with good reason. They are one of the highest rated breweries in the UK right now, and don’t seem to be putting a foot wrong. If you ask me, they haven’t and I’m yet to find a beer of theirs I haven’t liked. Bloom is still my favourite despite other excellent outings (Keep Left, Fruit Car and Howl) but I’m excited to see what the future holds for them and the beers they send our way! 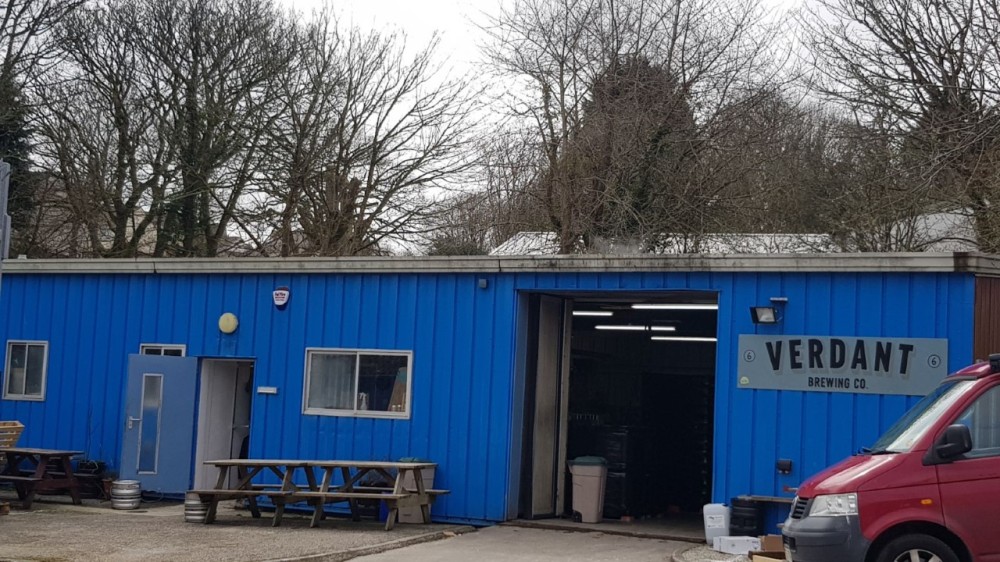 Retailer of the Year

One thing that good beer needs is a good and reliable source, when you’re desperate for something new or the latest releases you need someone to turn to. That someone is Johnny (apologies if that’s spelled wrong!) over at Raynville Superstore. I must concede that I only started visiting Raynville around half way through this year and was instantly blown away by the selection there and his passion/knowledge for the beer he sells.

The store is nicely laid out, despite his apologies when the deliveries have just come in, and everything is easy enough to find. He also offers growlers fills/refills along with the heap of bottles/cans that line the walls and fridges. He is also very active across the board either visiting or selling/supplying at numerous beer festivals across the country which is awesome. Being no more than 15 minutes away from work is both a blessing and a curse (more so a blessing) as I can call pretty much any time for my latest fix, much to my wallets dismay…

Event of the Year

Finally, we come to my favourite event of the year. I didn’t attend as many events as I would have liked to in 2018 but that is one of my main beer resolutions for 2019; get out more. Notably, I visited Brew York’s excellent tap room for two of their events (Keg Fest and City of Ale) Hand Bar for their Cloudwater takeover and North Bar for the Verdant takeover.

Looking back though, there can only be one winner and that has to be Leeds International Beer Festival. Having an event of this scale and quality on my doorstep is such a privilege and it couldn’t have been better (the weather could have been). Seeing so many familiar faces from bottle shops and breweries alike with so many people enjoying their beers was fantastic. Not to mention the Main Beer Box which was an excellent addition, showcasing some excellent beers from the US. Considering this was on the weekend before my birthday, a great day was had by all and hats off to the organisers. It can’t have been quick or easy to organise, but was it worth it!

And that, as they say, is that. If you had any standout moments, feel free to share them here or on Twitter. For now let’s raise a glass in 2018’s memory and welcome in 2019 with open arms and full glasses…