I’ve made a promise to myself recently and that’s to try more local beers. I will, of course, still drink beers by the big guns out there but I want to showcase more beers that may not necessarily get the air time they deserve. If there’s one thing I’ve realised recently is that Yorkshire has some damn good breweries scattered within it.

One such brewery is SALT Beer Factory, housed in a converted tram shed in Bradford. It was born from an investment by Ossett Brewery and they have a passion for producing regular batches of fresh, high quality craft beers. I have come across their beers before thanks to my local bottle shop (Yorkshire Craft Beers) which I have been more than happy with, so I thought I would head over to their place and see what was going on…

The first thing you notice when you pull up outside SALT is how big it is! The tram shed building they call home is a huge space, but one they have filled and decked out perfectly. They really have made it their own and you can see where the money has been spent in making this the perfect home for craft beer. 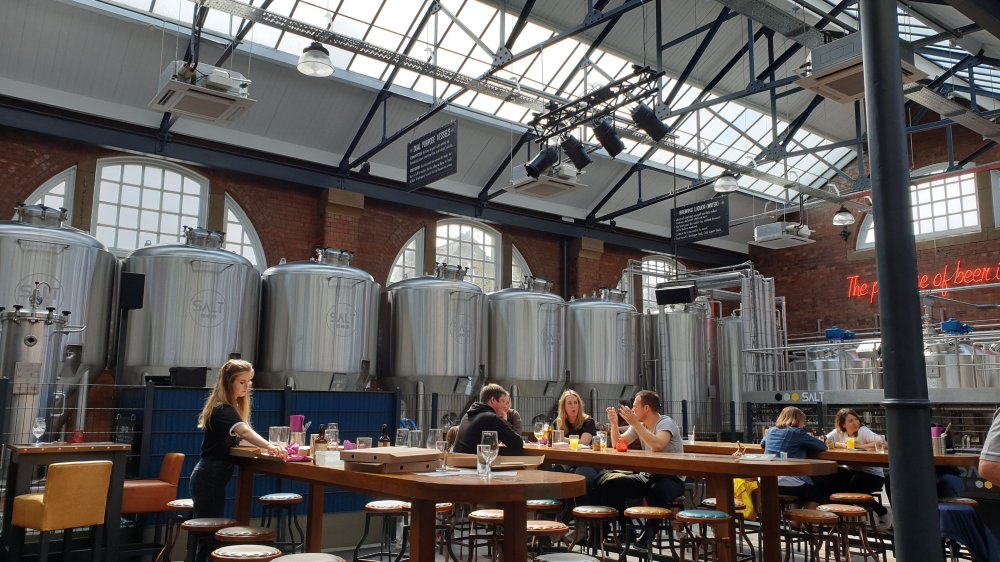 The first thing we saw as we walked in (as we came in the back way) was the shining vessels along the back wall. Seeing a line of shiny tanks brings a smile to the face of any craft fan as that’s where the magic happens! The walls are lined with tiles synonymous with their hexagonal branding, neon signs glow at opposite ends and informative signs hang above the brewing equipment. There are small touches scattered throughout, all adding up to make an excellent space.

The bar has the classic bronze cask taps with the tables also being topped with a bronze finish. The choice of both cask and keg is welcome giving craft lovers a choice of dispense method should they favour one or the other. SALT also boast an extensive food menu including pizzas and Sunday roasts among other things, with an adjoining pub/bar also offering more mainstream beers and beverages. 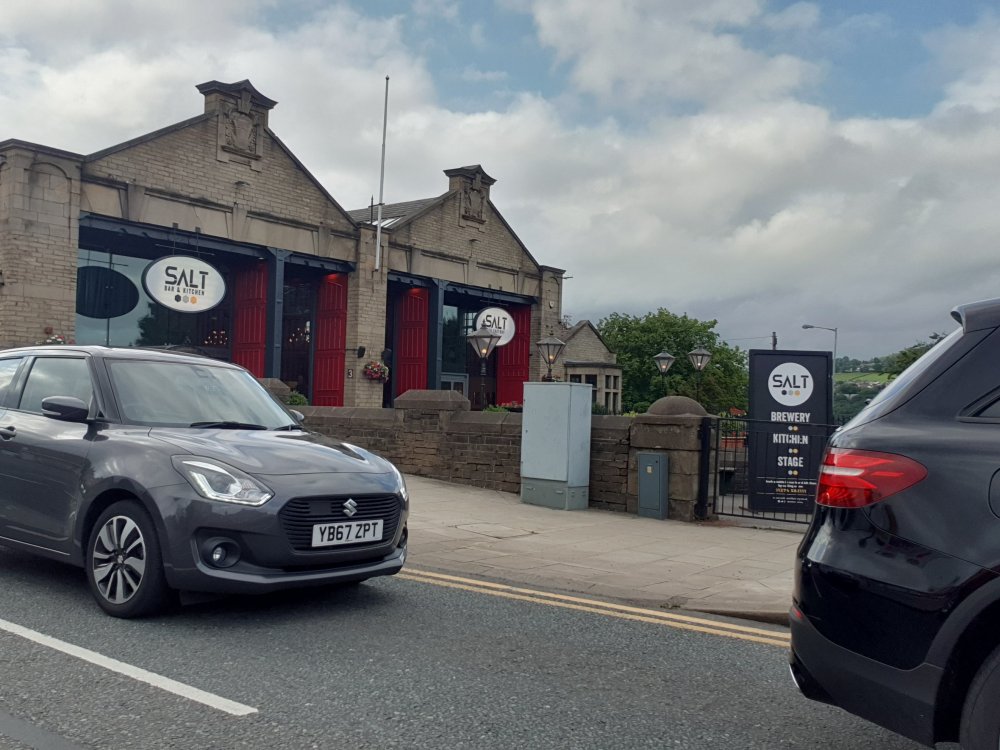 Only pizzas were available upon our visit which suited us perfectly as they, along with the beer, were a reason for our attendance. The pepperoni and garlic bread we ordered were perfect; thin, fresh dough topped with plenty of toppings and flavour. Handily they have a list of recommended beers for certain pizzas but I can safely say mine all accompanied the pizzas perfectly!

Offering growler fills and takeaway cans, SALT give you the chance to take their beer with you and it’s highly recommended you do. I was really impressed with their tap room and my only negative point is that it’s about an hour away from home and wish it was closer. Thanks to SALT for leaving us some cans to collect upon our visit too which were gratefully accepted.